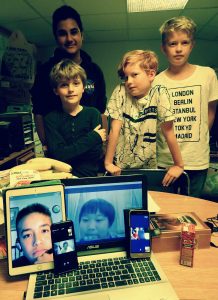 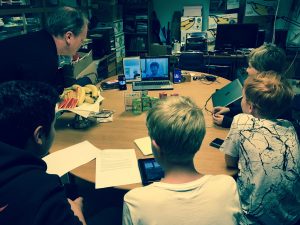 After the first session (of totally four) Team Thailand now has the upper hand in the Youth Chess Challenge. After in total 16 chess matches Team Thailand took 9,5 points (compared to 6,5 points for SS Manhem).

Team Thailand turned out to have their strongest players on table 1 and 4. Our youngsters playing on table 2 and 3 were, according to the results, equally as strong as the ones of Team Thailand. In sum:

Team Thailand clearly turned out to be most powerful in the games where the openings were decided in advance (this time: the classical Preussian Game, or Two Knights Defense). Team Thailand won these games 6 points to 2. Team Manhem could however find some consolation in the following 8 games where the players didn’t´t have to make any special opening moves. In these latter games the Manhem players won 4,5 points to 3,5.

The matches were all played in a very friendly atmosphere on the website Chess.com. Before the challenge began the players introduced themselves to each other on Skype. Due to some recurring technical problems the organizer of the competition, Mr Björn Andersson (FM), was continuously under pressure. However, thanks to the admirable patience and inexhaustible energy of Mr Andersson (FM), the challenge could be carried out as planned. 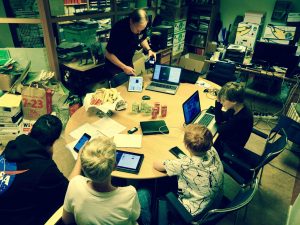 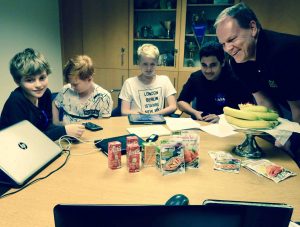